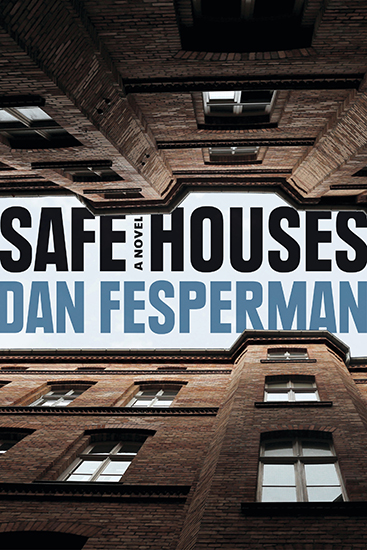 In this gripping new work of suspense, a young woman discovers a nefarious truth at the heart of the CIA’s operations in postwar Berlin and goes on the run for her life; years later she’s gruesomely murdered along with her husband, and her daughter begins to chase down these startling secrets from her past.

West Berlin, 1979. Helen Abell oversees the CIA’s network of safe houses, rare havens for field agents and case officers amidst the dangerous milieu of a city in the grips of the Cold War. Helen’s world is upended when, during her routine inspection of an agency property, she overhears a meeting between two people unfamiliar to her speaking a coded language that hints at shadowy realities far beyond her comprehension. Before the day is out, she witnesses a second unauthorized encounter, one that will place her in the sight lines of the most ruthless and powerful man at the agency. Her attempts to expose the dark truths about what she has witnessed will bring about repercussions that reach across decades and continents into the present day, when, in a farm town in Maryland, a young man is arrested for the double murder of his parents, and his sister takes it upon herself to find out why he did it.

Dan speaks with NPR’s Linda Wertheimer about the book

Named a New York Post Best Thriller of the Summer

“The narrative choreography demanded by Fesperman’s split timelines is expertly handled, and the dilemma faced by Helen, in particular—whether to be a good employee or a good citizen—illustrates the kind of weight that the spy novel, in the right hands, is capable of bearing.”
—The New York Times

“[An] effective thriller… Aficionados of quality spy fiction will be rewarded.”
—Publishers Weekly
“Fesperman takes a risk in dividing the narratives so cleanly, but the strategy pays off when they converge, one story deepening the meaning and intensity of the other. Unlike some spy novels, this one never bogs down in gamesmanship, spy talk, or cheap reveals. It strives to be truthful. Prolific spy novelist Fesperman delivers another winner, this one as fiendishly clever as it is richly entertaining.”
—Kirkus Reviews
“In Safe Houses, author Dan Fesperman superbly melds a character-strong espionage thriller with a suspenseful mystery that also aligns with the #MeToo movement… a superior thriller—both on the international and domestic front.”
—AP News
“A gripping suspense novel… Safe Houses showcases a lean, muscular prose that is able to deliver plot points as cleanly and quickly as a switchblade’s twist.”
—Criminal Elements