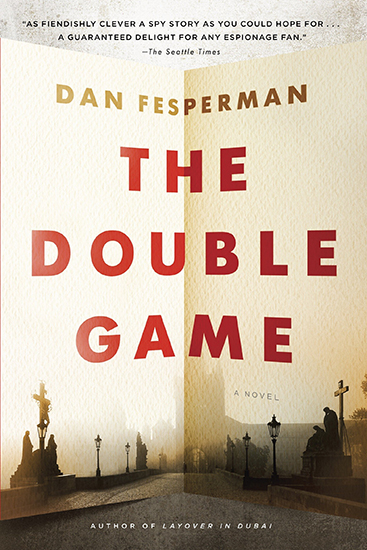 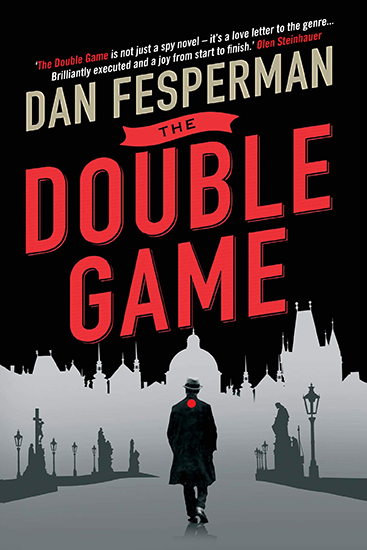 A few years before the fall of the Berlin Wall, spook-turned-novelist Edwin Lemaster revealed to up-and-coming journalist Bill Cage that he’d once considered spying for the enemy. For Cage, a Foreign Service brat who grew up in the very cities where Lemaster’s books were set, the news story created a brief but embarrassing sensation and heralded the beginning of the end of his career in journalism.

More than two decades later, Cage, now a lonely, disillusioned PR man, receives an anonymous note hinting that he should have dug deeper into Lemaster’s pronouncement. Spiked with cryptic references to some of Cage’s favorite spy novels, the note is the first of many literary bread crumbs that lead him back to Vienna, Prague, and Budapest, each instruction drawing him closer to the complex truth, each giving rise to more questions: Why is beautiful Litzi Strauss back in his life after thirty years? How much of his father’s job involved the CIA? As the events of Lemaster’s past eerily—and dangerously—begin intersecting with those of Cage’s own, a “long stalemate of secrecy” may finally be coming to an end.

A story about spies and their secrets, fathers and sons, lovers and fate, duplicity and loyalty, The Double Game ingeniously taps the espionage classics of the Cold War to build a spellbinding maze of intrigue.

Named one of NPR’s Best Books of the Year

“Fans of spy novels will find much to love in The Double Game.”
—Nancy Pearl, NPR’s Omnivorous Reader

“An affectionate homage to the spy novel as well as a complex virtuoso performance in its own right.”
—Marcel Berlins, The Times of London

“The Double Game is not just a spy novel—it’s a love letter to the genre, renditioning the unwary reader and dropping him into a dizzying pastiche of classic espionage, cleverly woven into a thrilling story. Brilliantly executed and a joy from start to finish.”
—Olen Steinhauer, author of An American Spy

“A creative interplay with some of the best lines of classic spy fiction genre mixed with an original voice. This novel will immerse you in a clever and intriguing twist of plots and keep you a willing accomplice to the end.”
—Allison Bishop, International Spy Museum

Selected as one of Amazon’s Best Books of the Month
“Fesperman has achieved something remarkable here. He’s turned the spy novel on its head, while paying homage to the genre, and at the same time giving us an unlikely protagonist who discovers that he’s lived his entire life in a world ‘where fact and fiction were virtually indistinguishable.’ Innovative and evocative.”
—Neal Thompson, senior editor, Amazon.com