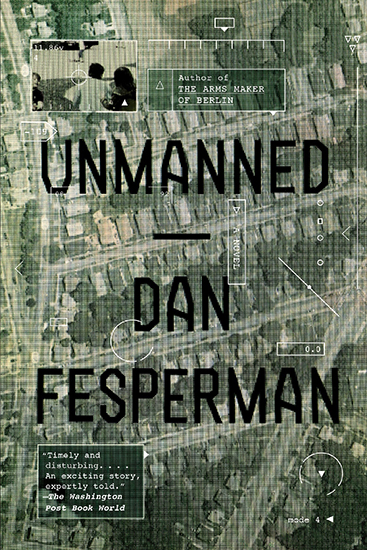 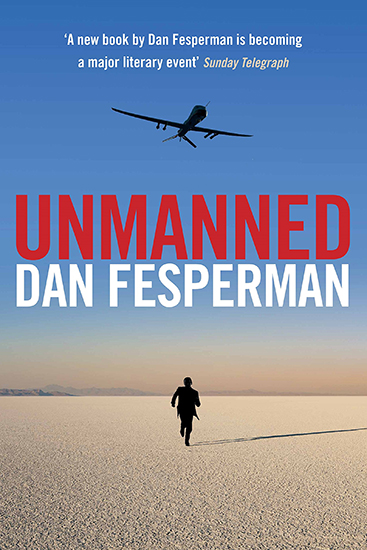 As an F-16 fighter pilot, Darwin Cole was a family man on top of his world. Now he’s a washout—drunk and alone in a trailer in the Nevada desert, and haunted by what he saw on the display of the Predator drone he “piloted,” especially by the memory of an Afghan child running for her life. He reluctantly teams up with three journalists seeking to discover the identity of the anonymous—and possibly rogue—intelligence operative who called the shots in Cole’s ill-fated drone mission. But in a surveillance culture, even the well-intentioned must sometimes run for their lives, especially when they’re tracking leads to the very heart of that culture—in intelligence, in the military, and among the unchecked private contractors who stand to profit richly from the advancing technology… technology not just for use “over there,” but for right here, right now.

“Dan Fesperman’s excellent and timely ninth thriller… explores the ethical conundrums of the most potent new weapon in the American arsenal: the unmanned aerial drone… It is his sharply drawn characters that make the novel tick.”
—Howard Gordon, executive producer of “Homeland,” in a review for The Wall Street Journal

“A thriller nuanced with moral ambiguity… Well-written and dense with complicity, this is an action-packed glimpse of intrusive technology in which the good guys never have clear moral standing.”
—Kirkus Reviews

“Unmanned hits close to home, literally and figuratively. With menacing black SUVs and a plethora of government agencies with wobbly morals, it evokes great, conspiracy-fueled thrillers of the 1970s such as All the President’s Men and Three Days of the Condor…Fesperman’s prose style—swift, smooth and unassuming—keeps readers moving quickly through the book’s satisfyingly labyrinthine plot.”
—Doug Childers, Richmond Times-Dispatch

“Another winner from the author of The Arms Maker of Berlin and The Double Game.”
—David Pitt, Booklist

“I don’t say this often, but I couldn’t put it down. Unmanned is a deftly crafted and frightening tale, part mystery and part thriller… And given our current debates both over the drone wars and the surveillance state, the novel could hardly be more timely.”
—Stephen L. Carter, author of The Emperor of Ocean Park