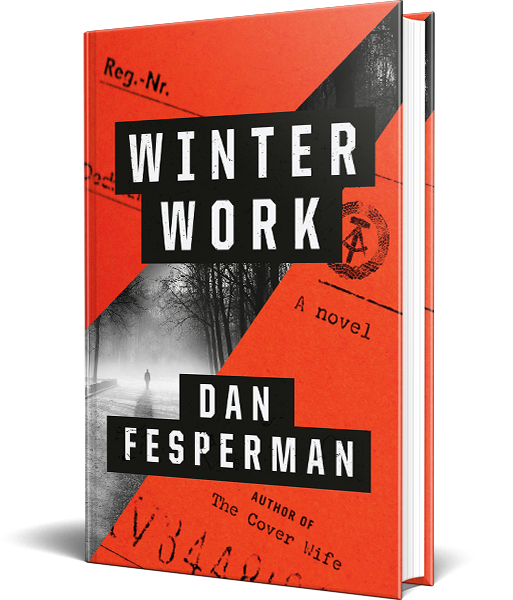 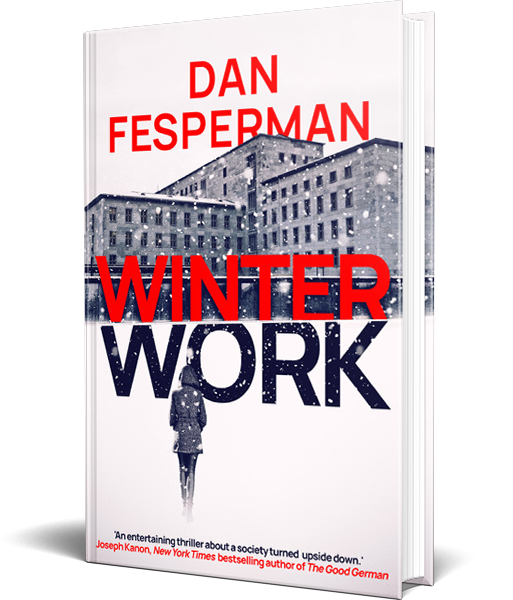 The Berlin Wall has fallen and in the ensuing power vacuum, a former Stasi officer and a CIA agent must fight for their lives.

On a chilly early morning walk on the wooded outskirts of Berlin, Emil Grimm finds the body of his neighbor, a fellow Stasi officer named Lothar, with a gunshot wound to the temple and a pistol in his right hand. Despite appearances, Emil suspects murder. If it were a few months earlier, he would have known just what to do. But now, as East Germany disintegrates, being a Stasi colonel is more of a liability than an asset. More troubling still is that Emil and Lothar were actively involved in a final clandestine mission. Now Emil must finish the job alone and on uncertain ground where old alliances seem to be shifting by the day.

Meanwhile, CIA agent Claire Saylor is sent to Berlin to contact a ranking Stasi officer, although details of her mission are suspiciously sketchy and her superior seems to have a hidden agenda. When her first rendezvous goes dangerously awry, she realizes the mission is far more delicate than she has been led to believe. With the rules of the game changing quickly, and as their two missions intersect, Emil and Claire find themselves on unlikely common ground, fighting for their lives against a powerful enemy lurking in the shadows.

“Winter Work is a gripping, tightly plotted old-school spy novel.”
—Minneapolis Star-Tribune
“Winter Work is Mr. Fesperman’s 13th novel of spycraft and international intrigue. Like its predecessors, it does not disappoint.”
—The Wall Street Journal
“A well-crafted examination of truth, honor, and loyalty in a shifting world.”
—The Christian Science Monitor, “Ten Best Books of July”

“Dan Fesperman is one of my favorite thriller writers, and Winter Work is a brilliant addition to his magnificent oeuvre. Intelligently written and plotted, based on fact as gripping as any fiction and only improved by Fesperman’s deft writing, Winter Work left me spellbound and hungry for another pass at his older books to relive these intense adventures.”
—Mark Greaney, #1 New York Times best-selling author of Sierra Six

“Winter Work is just fantastic. With a meticulous eye for detail and a true feel for the unsettled tension of the times, Fesperman pulls the reader deep into the chilly world of an empire crashing with an utterly compelling story. Out-of-work Stasi officer Emil Grimm is one of the best characters I’ve read in years.”
—Olen Steinhauer, New York Times best-selling author of The Last Tourist

“Winter Work vividly captures those chaotic first months after the Berlin Wall came down, with East Germany in free fall and once feared Stasi officers running for cover—into the hands of their former enemies. An entertaining thriller about a society turned upside down.”
—Joseph Kanon, New York Times best-selling author of Istanbul Passage and The Good German

“Thanks to real texture and substance, based on an actual, famed CIA operation, this tale is both remarkable and unconventional. It’s a prize to be savored. Enjoy.”
—Steve Berry, New York Times best-selling author of The Omega Factor